A live performance where I rehearse livecoding with a one-handed keyboard by playing the scripts of other livecoding artists. This piece takes a look at how to practice livecoding and the skills it involves. It questions whether performing other livecoded scripts is still livecoding. 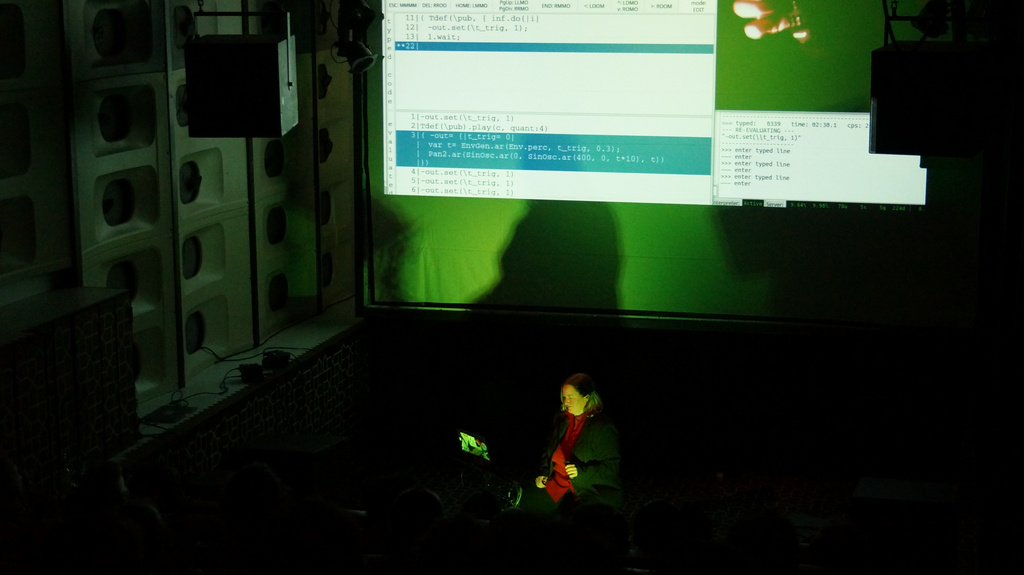 Typing is one the main physical skills involved in text-based livecoding. The ‘classical’ interface for this is the ‘qwerty’-keyboard for 10 finger blind typing. In search for an alternative interface allowing to get away from the laptop, but still code via a text interface, I came across the commercial Twiddler one-handed (twelve-button) keyboard. To learn how to use it, I needed practice materials to study the chording for writing code and created an interface that allows for playback of recorded livecoding scripts, which I then need to type and execute line by line. The interface is available at https://github.com/sensestage/SuperColliderTwiddler. 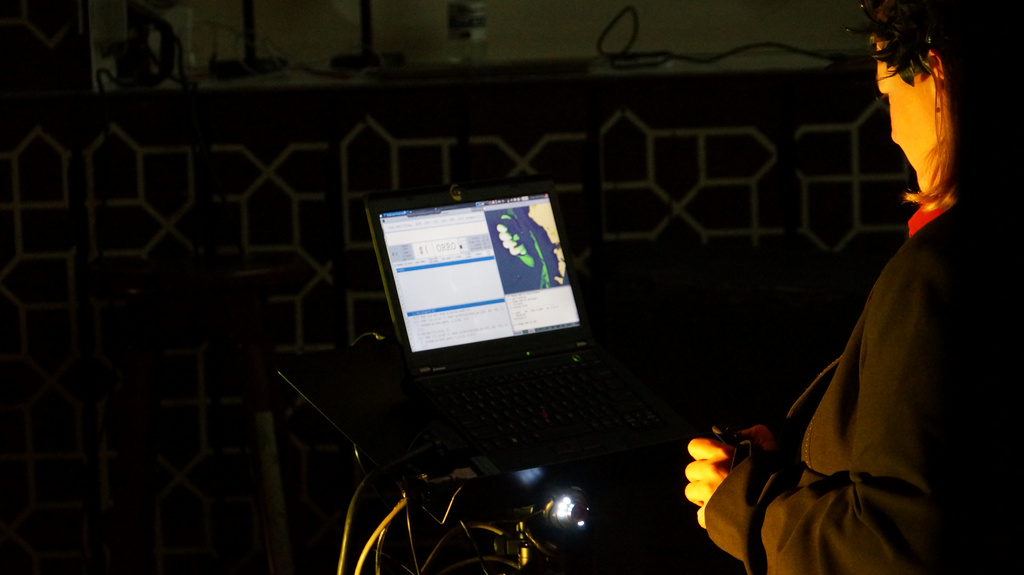 At the ICLC 2019 & Algo-Rhythms #3, the performance was based on a script of RedFrik’s performance “Livecoded supercollider, well practiced” at the LOSS Livecode Festival in Sheffield on July 20th, 2007, as found on Fredrik Olofsson’s website. To make the script suitable for performance in 2019 within the etude-environment, minor adjustments were made in the code to ensure that it would execute and to reduce the line length to fit into the graphical interface. 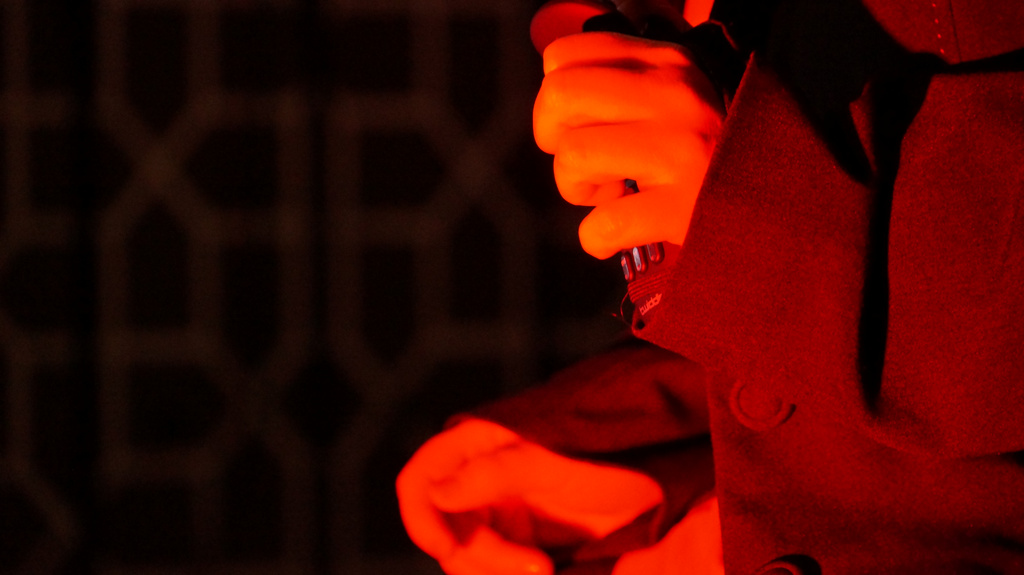 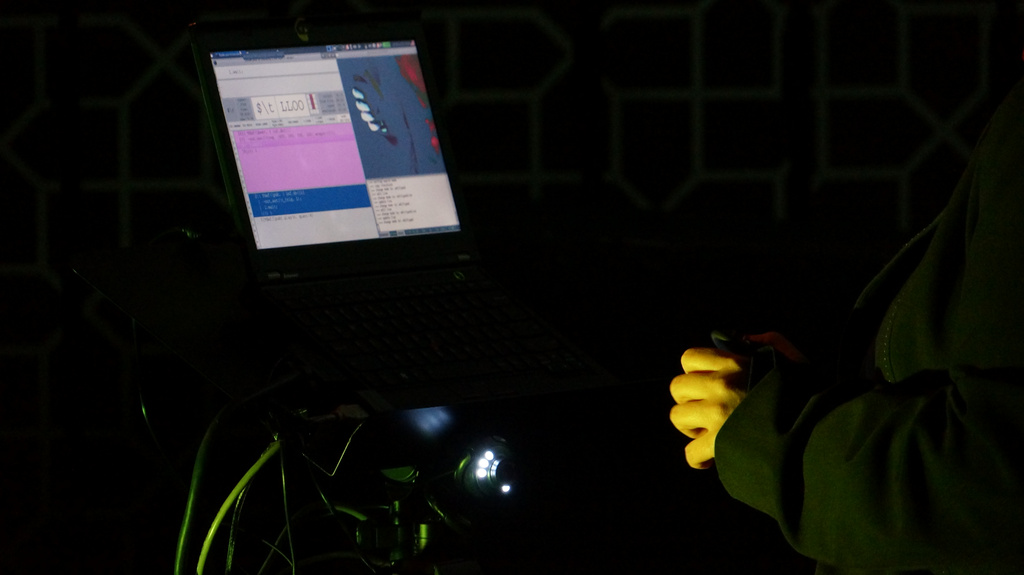 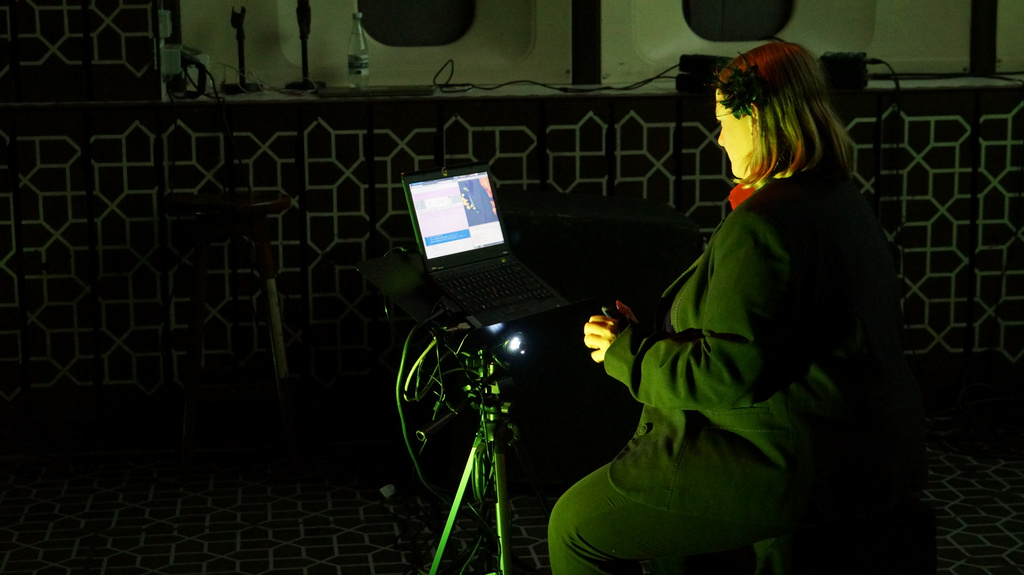 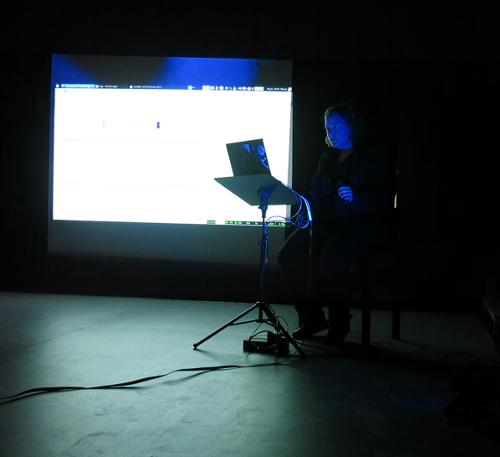 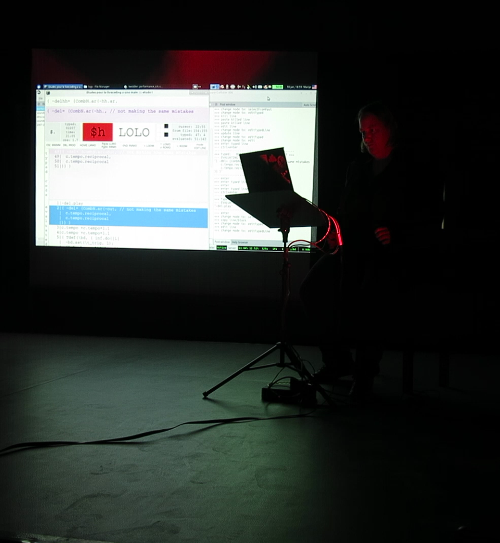